by Michael Sarian & The Chabones 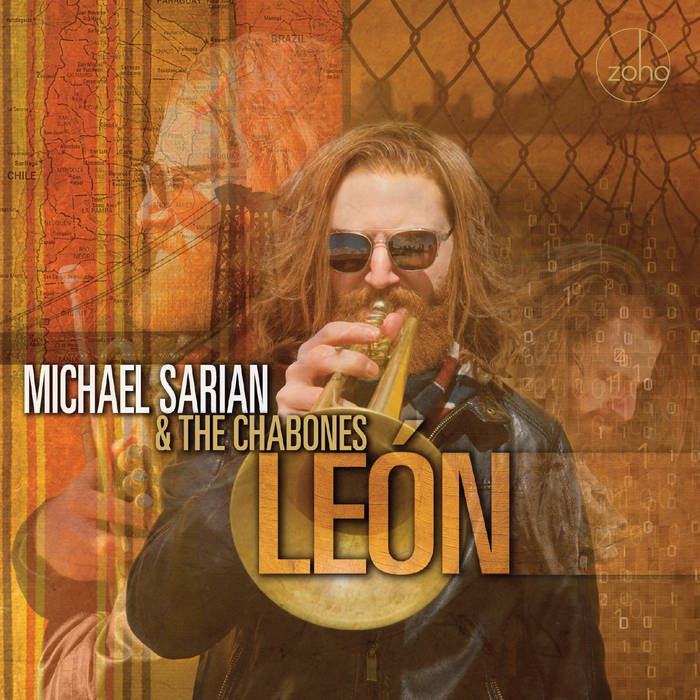 /ˈlo͞onfärdo/
noun: from the Italian ‘lumbardo’, local dialect of Lombardy
a dialect or slang, originated and developed in the late 19th and early 20th centuries in the lower classes in Buenos Aires; associated with the tango musicians and culture.
“chabón is lunfardo for dude”

Albeit mostly playful, there’s a common stigma against gingers (people with red hair) throughout the world, and my home country Argentina is no different. Although they don’t believe gingers have no soul, and although they don’t believe gingers are vampires; they do believe they’re bad luck. There’s this saying, “Colorado Yeta”, which roughly translates into ‘bad luck ginger’ (yeta = bad luck; = yeta, Colorado = ginger). To be honest, I never felt discriminated against because of my red hair, but I did stand out. Originally, the album title was going to be Colorado Yeta, which is the more introspective track, melancholic, almost like a ballad. But I knew that non Spanish speakers would have a hard time pronouncing and understanding that title. Additionally, I didn’t want the whole album to have this defeatist vibe to it, so I thought about what positive twist I could give the fact that I am, in fact, a ginger.

Enter León (lion). Yes, I have long red hair and a beard, but the lion speaks to more than just my, or anyone else’s, appearance. It speaks to anyone who’s ever felt ‘less than’ for any reason, because they too can be a lion. The lion represents anyone who grows into who they are, and owns it. The album, although not chronological, is somewhat autobiographical.

Throughout the title track, we try to blur the line between playing in duple and triple meter, and eventually get into a chacarera sort of feel that does exactly that. It doesn’t hurt that Jim Piela plays an incredibly beautiful solo that makes us stop worrying about what meter we’re in.

The second track, No 3, is a feature for our drummer, Josh Bailey. The rest of the band holds out chords (voiced without the third), giving him plenty of space to play freely. The top voice of the chord progression spells out what I call the ‘colorado yeta’ melody, which also appears in the intro to Casquito, and in a way prepares the listener for it.

Casquito in Spanish means ‘little helmet’, but represents a life lesson I learned early on. I had a bowl cut until the age of 9 or so, courtesy of my mom. This wasn’t a popular hairstyle for a kid in Argentina, and needless to say I did get teased quite a bit, with kids calling me ‘casquito’. Until one day I came home crying, and told my mom I wanted a haircut.

Next day I go to school feeling a lot better without my bowl cut, until I bump into this older kid (a friend of my brother’s) who looks at me, looks at my hair, and says one word to me before walking away: “Wimp.” He was right. Looking back, there was nothing wrong with my bowl cut, and to be honest, I looked better with it than with whatever random (read: standard) haircut I got. But I felt comfortable with it because it wasn’t different and I fit in. Life lesson: different is good. It’s actually great. But it takes a little courage sometimes, and what’s a lion without some courage?

My first album with The Chabones (although it’s credited as Michael Sarian, without & The Chabones) is called ‘Subtitles’, because when I was younger I mumbled a lot, and my friends would say they needed subtitles to understand what I was saying. I still mumble every now and again, and whenever I find myself mumbling, I sort of trail off and stop speaking. Understandably, this annoyed my ex-girlfriend, who would tell me to “use your words.” Your Words is a love song. It also breaks away from the more Argentine sounding rhythms of León and Casquito, and features straight eighth-note grooves, synthesizers and an epic tenor solo by Evan Francis.

In our previous album, ‘The Escape Suite’, our co-producer and engineer Luis Bacque put together this short remix of a bunch of tracks, sort of a mashup but not really. In retrospect, I should have included it in the album as a secret track. This time I wanted to do something similar, so we put together No 3 (Locust St. Remix) - because his studio is on Locust Street in New Jersey. We changed up some things, added some SFX, took out the horns and drums, and modified the ending. This is definitely the most experimental track of the record.

This is our third album, and it’s the one we took our time with the most so far. We workshopped the tunes over a longer period of time. We spent more time in the studio with Luis, tracking vocals and overdubbing keys and effects with Mike Verselli. We spent more time eating and drinking and talking about music.

I feel lucky to be able to make music with this group of people. My eternal gratitude to Jim, Josh, Mike, Evan, Trevor and Elad for not only playing my music, but for investing time and energy into making it better. Thanks to Luis for doing the same on the other side of the controls. And in addition to their love and support, thanks to my mother for giving me red hair, and thanks to my father for giving me a lot of it. - Michael Sarian

All songs composed and arranged by Michael Sarian.

Born in Canada and raised in Argentina, trumpeter and composer Michael Sarian relocated to NYC in 2012. He has released three albums with his septet, Michael Sarian & The Chabones, with a fourth set to release September 4 with his quartet, New Aurora.

Michael makes music throughout the NY area as well as the north east and South America. ... more

Khruangbin and Greg Foat stop by with their amazing new LPs.